Films of Women Reinventing Their Lives

THE LAST WORD | Rewriting The Story Of Your Life

In Mark Pellington’s THE LAST WORD, Shirley MacLaine plays Harriet Lauler, a woman approaching her golden years who wants to shine up her reputation a bit. She has lived most of her life on her own terms, a practice that has garnered her much success, but few friends. When she hires a local writer, Anne Sherman (Amanda Seyfried), to pen an obituary she can approve of while she’s still alive, she unfortunately discovers how poorly her supposed friends and family think of her. Determined to rewrite her own story to reach a happier ending, she embarks on a journey of rediscovering who she really is and how to express that. This gesture of self-empowerment proves infectious, as Anne and Brenda (Ann’Jewel Lee), the 9-year-old girl Harriet has agreed to mentor, choose to chart new destinies for themselves as well. THE LAST WORD is “a movie about how each generation can influence the next,” explains screenwriter Stuart Ross Fink. “It’s funny. It’s emotional. It is about the lives we lead and the legacies we hope to leave behind, which people of all ages…can relate to.” To celebrate our ability to change at any age, we showcase a series of stirring films whose characters discover new horizons for themselves. 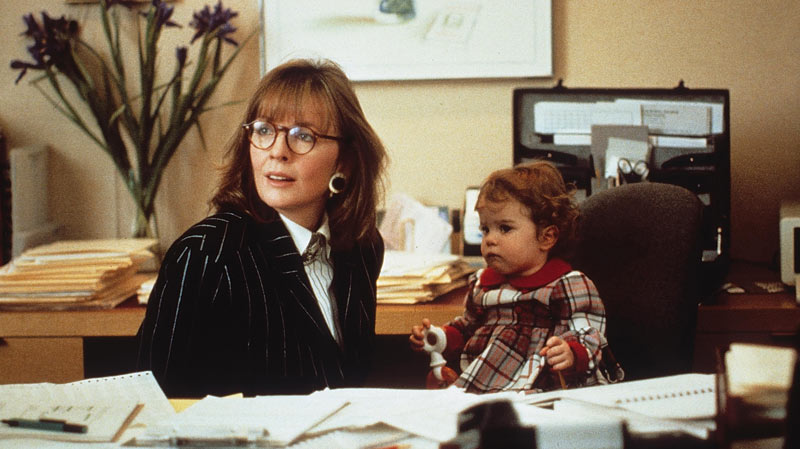 In Charles Shyer’s 1987 comedy Baby Boom, Diane Keaton turns the challenge of a woman working in a man’s world upside down when she reinvents herself and the meaning of success. Management Consultant J.C. Wiatt (Diane Keaton) is a take-no-prisoners executive who finds her all-consuming career suddenly curtailed when she inherits a small baby from a recently deceased relative. As her attention turns from markets to motherhood, she finds herself out of a job. After moving to a Vermont farmhouse that slides from rustic to run-down the second she moves in, Wiatt struggles to find her way. Then, in a narrative twist that would make Frank Capra proud, Wiatt discovers in taking care of the baby an ingenious solution to how to be both a loving mother and successful entrepreneur. Screenwriter and producer Nancy Meyers––who would later reinvent her own life by becoming a successful director––was inspired by classic Hollywood comedies, like the 1942 Woman of the Year, for the look and feel of the film. “I always loved how Roz [Rosalind] Russell and Katharine Hepburn portrayed working women,” Meyers notes in the film’s press notes. Despite its retro style, the film’s central issue speaks to the complicated challenges facing women of Meyers’ own generation. “Ten years ago, Baby Boom would have probably starred a man,” explains Meyers. “Not until recently, with the great female drive toward careerism and success, would it be believable that a woman could be so ill-prepared for motherhood." But the issues it humorously tackled in 1987 have continued to come up for women. In 2014, Vulture’s article, “How Baby Boom Set the Template for Future Movies About Working Mothers,” highlights the film’s ongoing relevance. As topical as the film was, it also echoes, as Los Angeles Times’ Kevin Thomas points out, “The old truth that sometimes you get something you thought you wanted badly only to discover you didn't want it after all.” In addition to being a box-office success, the film and its star, Diane Keaton, were both nominated for a Golden Globe. 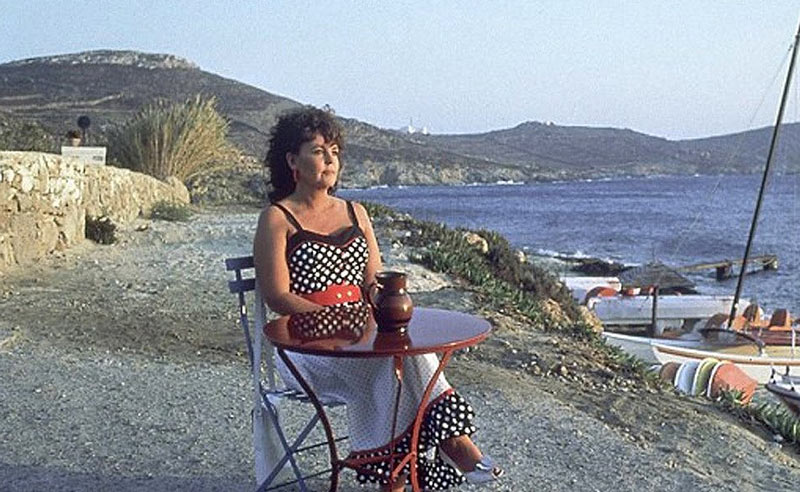 Shirley Valentine, Lewis Gilbert’s postcard adventure about how a English housewife (Pauline Collins) trades in her drab existence for a sunny beach in Greece, not only became a surprise hit when it was released in 1989, but has gone on to be an enduring fable about reinventing one’s life. The film adaptation opens up Willy Russell’s 1986 one-character play to show both her dead-end life frying up eggs and chips for her emotionally distant husband in Liverpool and the sunny Greek islands to which she escapes. The film’s Agios Ioannis location in Mykonos, Greece was so striking that it is now often referred to as the “Shirley Valentine” beach in tourist brochures. Like the character that made her famous, Collins’s life also changed abruptly in middle age. “I always figured 45 would be the start of my stardom,” she joked to New York Magazine. Previously Collins had been relegated to mostly supporting roles on TV, like her ongoing role as the maid Sarah in the 70s series Upstairs, Downstairs. But her sparkling performance as Valentine opened up people’s eyes not only to her talent, but also to what her character represents. “In the end, you will cheer Shirley Valentine as she learns to love just being herself,” exclaims Spirituality & Practice’s Frederic and Mary Ann Brussat. For many women, Shirley Valentine’s audacious decision to turn her back on the past provides a how-to manual on changing one’s life. The Washington Post’s Joe Brown found the “uncommonly warm, relaxed little movie… a comically updated A Doll's House––only, instead of slamming the door, our newly liberated heroine hangs up the phone.” The film was nominated for two Academy Awards, including a Best Actress nod for Collins. Collins continues to work in film and TV. But, following the example set by her famous character, Collins turned down roles that seemed too similar to Valentine. The character, however, has never gone out of fashion. The original play continues to be staged around the world, and this year it is set for a major revival in London to celebrate its 30th anniversary. 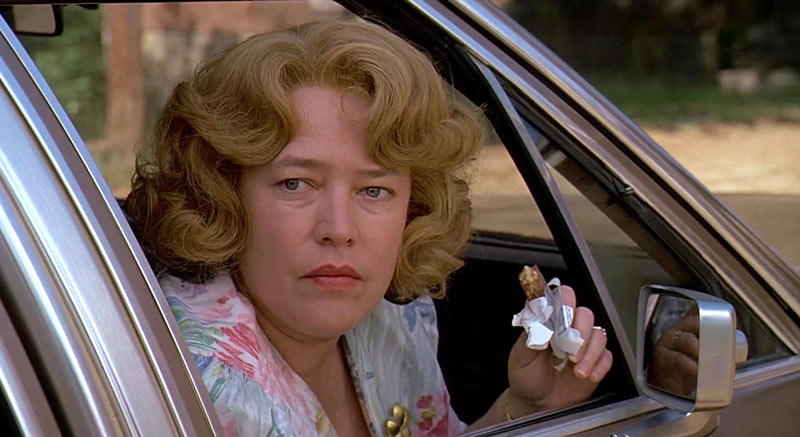 Fried Green Tomatoes | Learning from Those Who Came Before

When Jon Avnet was given Fannie Flagg’s 1987 novel Fried Green Tomatoes at the Whistle Stop Café for a possible film adaptation, he fell in love with its sprawling world of resilient Southern women. He spent the next four years developing the film, even taking over writing the screenplay when the first two drafts didn’t meet his expectations. To handle the novel’s shifting time periods, Avnet grounds his story in contemporary Alabama with Ninny Threadgoode (Jessica Tandy), a smart and sassy resident at a nursing home, befriending a depressed middle-age woman, Evelyn Couch (Kathy Bates). The elderly Ninny regales her new friend with tales about life in her hometown, Whistle Stop, Alabama, fifty years before. At the start of the Great Depression, Ninny’s sister-in-law, Idgie (Mary Stuart Masterson) opened up the Whistle Stop Cafe. It soon becomes a sanctuary for those displaced by the society around them, including Idgie’s best friend, Ruth (Mary-Louise Parker), and her young child who are fleeing an abusive marriage. The inspiration for the story came from Flagg’s great aunt, Bess Fortenberry, who opened a similar place, the Irondale Café, in 1932. Her great-aunt also provided a personal example for Flagg about how to realize one’s dreams by facing down one’s fears. "From the time I was six years old…I longed to be a writer, always wanted to be a writer," Flagg explains to Americana. But dyslexia kept her trying till she was middle-aged. Much like the characters in her novel, Flagg drew strength from the strong women who preceded her. In the novel, the henpecked Evelyn finds the courage to change from Ninny. “Evelyn is so fired up by Idgie's escapades, she begins to take control of her life,” observes Washington Post’s Rita Kempley. “She gives up her candy bars for aerobics, stops trying to please her lug nut of a husband and begins a career as a cosmetics saleswoman.” In many ways, Evelyn speaks for the author and the other characters when she explains to her husband how she turned her life around: “Do you know what I did about it?...I changed."

Julie & Julia | A Recipe for Change 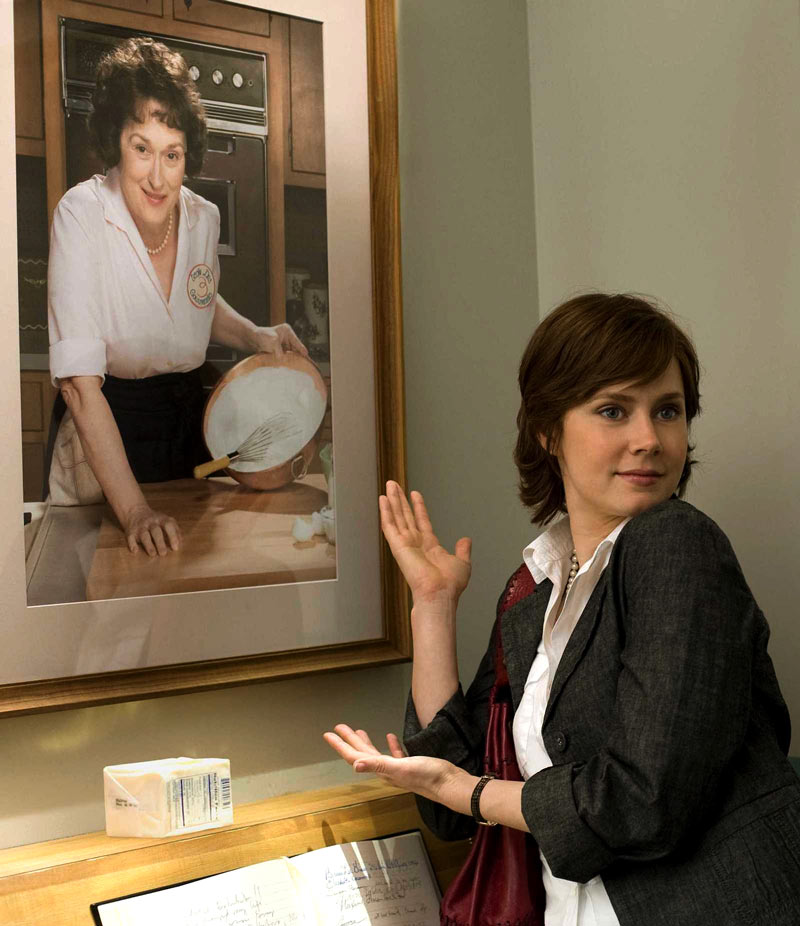 In 2002, Julie Powell worked in a cubicle by day and spent her nights concocting all the recipes in Julia Child's Mastering the Art of French Cooking. She chronicled her culinary journey on her blog, which later became the basis for her 2005 memoir, Julie and Julia: 365 Days, 524 Recipes, 1 Tiny Apartment Kitchen. That book would serve as the basis for half of Nora Ephron’s 2009 film Julia & Julia. The other half came from Child’s own memoir, My Life in France.In the film, Amy Adams plays Julie, who nightly cracks open Julia’s culinary tome to find the next recipe to bring to life. Meryl Streep plays Julia, the tall, smart, professional woman who didn’t even consider raising a whisk until after she married diplomat Paul Child (Stanley Tucci) and moved to Paris. Although Powell’s only contact with the actual Julia came in the form of a unpleasant, dispiriting message, she came to realize that the Julia Child she adored was more symbolic than real. “I didn't want to follow in her footsteps, I just wanted to turn my life around,” Powell tells SF Gate. “And she helped me do it.” While at times the two women, the unstoppable Child and the obsessive Powell, seem to have little in common, there is an important link expressed by the film. “The relationship at the heart of this movie—between a female mentor and pupil who never meet but who share a common passion and a drive to reinvent themselves—is one you don't often see depicted in the movies,” notes Slate’s Dana Stevens. Streep was nominated for an Academy Award and won a Golden Globe for her charismatic portrayal of Child. 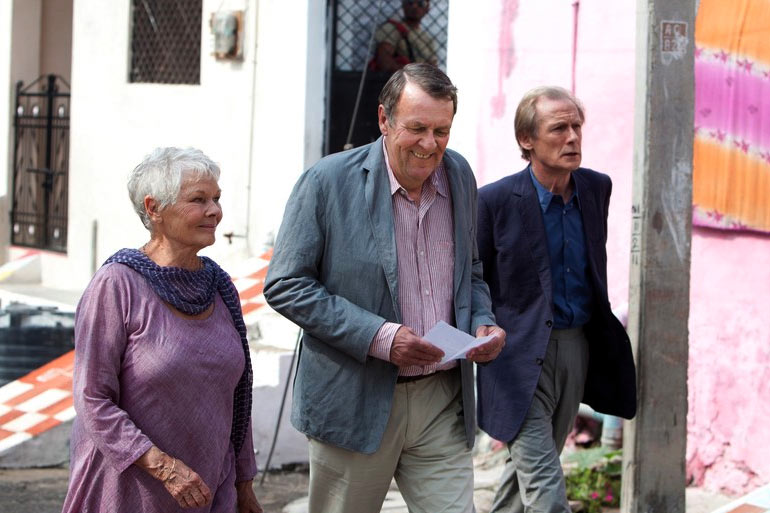 When screenwriter and novelist Deborah Moggach wrote her 2004 These Foolish Things, the novel that Ol Parker would adapt into John Madden’s 2011 film, The Best Exotic Marigold Hotel, she started with a simple question: “We outsource everything else, so why not outsource the elderly?” She followed that question to India to discover a story about reinvention and renewal. Writing in Signature, Moggach trusted Madden to tell her story because he “brought a profound understanding to the message of the story––a message that tells us that it's never to late to change your life, to be open to new experiences and adventures. The transformative magic of India not only informed our story but profoundly affected our cast as they found themselves in the chaos and clamor of the subcontinent.” In the film, each character comes to India for a different reason. Tom Wilkinson is a retired High Court judge hoping to rekindle an old flame. Judi Dench seeks to escape a marriage that left her destitute. Maggie Smith plays a scrappy senior looking to get a good deal on a hip replacement. And Bill Nighy and Penelope Wilton are a married couple who’ve been forced to leave England when their retirement investments go south. While each character has come for different reason, they unite around their need to transform their lives. “I liked the idea of wrestling with… the idea that some people, at a certain stage in their lives, start looking for something new, something sustaining or truthful or something to make sense of their lives,” Wilkinson tells Huffington Post. The story of transformation touched audiences of all ages, who made it a box-office hit. Both the film and Judi Dench were nominated for a Golden Globe. The Los Angeles Times’ critic Betsy Sharkey sums up the film’s allure by pointing out that the film’s message “is ultimately one of hope, that it's never too late to find yourself, and possibly your soul mate — that there is time to rewrite the final chapters of your life.”