A glossary of terms from EYE IN THE SKY

In EYE IN THE SKY, Helen Mirren and Aaron Paul are engaged in a very modern battle scenario with drones being used to attack terrorists in Kenya. The following is glossary of some of the military terms and hardware.

The Defense Department defines a High-Value Individual (HVI) as a person who may posses “information about: terrorist threats to the United States or its allies; the location of high-value terrorism subjects, particularly the leadership of terrorist groups that pose a threat to the United States or its allies; strategic-level plans or intentions of any terrorist or insurgent entity directing operations against deployed U.S. or allied forces; or strategic level knowledge of the organization, structure, leadership and key operatives, financial support, and communications methods of designated foreign terrorist organizations.” High-Value Targets “would be expected to seriously degrade important enemy functions throughout the friendly commander’s area of interest.” In a few situations, like EYE IN THE SKY, High-Value Individuals become High-Value Targets.

Al-Shabaab is a terrorist organization that started in Somalia in 2003. Originally a youth movement (“Shabaab” means youth in Arabic) that was part of the Islamic Court Union, a loose affiliation of Islamic groups that briefly ruled Somalia, Al-Shabaab broke off on its own in 2006. In 2008, Ahmed Abdi Godane took over as the group’s spiritual and political leader, implementing strict Sharia law and outlining a blueprint of terror against Kenya and other East African nations. While the group officially became a chapter of Al-Qaeda in 2012, they had been engaged in horrendous terrorist acts before then. In 2010, a suicide bomber killed 76 people at a rugby club in Uganda. In 2013, 67 people died when Al-Shabaab launched an attack on the Westgate shopping mall in Nairobi, Kenya. Their worst attack came in April 2014 when 148 people were killed by terrorists at Garissa Univesrty College in Kenya. While Al-Shabaab is mostly made up of East Africans, “there are a significant number of UK residents training in Al-Shabaab camps to fight in the insurgency there,” notes Jonathan Evans, the former Director-General of the British Security Service.

For general rules of engagement, Positive Identification (PID) is required for a soldier to engage an enemy. As Gary Solis, adjunct Professor at Georgetown Law School, explains, “Before you can fire on an individual, you must positively identify that individual as representing a threat to you or your fellow Marines or soldiers. And if you cannot do that, then you are not supposed to fire on him or her.” For drone strikes, the issue of PID becomes even more important, both to authorize a mission and to verify its success.

Collateral Damage Estimation predicts the possible injuries or deaths of non-targeted individuals from a military strike. Different agencies use various algorithms to factor in weapons used, weather, surrounding structures, and the proximity of civilians to the point of impact to calculate the CDE.

Remotely Piloted Aircraft (RPA), or Unmanned Aerial Vehicles (UAV), are what we most commonly call drones. While RPAs have been around in one form of the other since World War II, they became a meaningful surveillance tool during the Vietnam War. TheRyan Model 147 Lightning Bug, which was given a set flight plan, flew hundreds of reconnaissance missions in the 60s over Vietnam, China, and North Korea. In the 80s and 90s, DARPA (Defense Advanced Research Projects Agency) funded research to revolution the technology of RPAs, leading to the first MQ-1 Predator in 1994. The Predator’s first military assignment was to gather military intelligence during the war in Bosnia. In February 2002, just months after 9/11, the Air Force used a Predator drone equipped with Hellfire missile for its first targeted kill. The two large drones most often used as offensive weapons are the MQ-1 Predator and the MQ-9 Reaper (the M is the Department of Defense designation that is has multi-roles, the Q brands it as being a remotely piloted aircraft, and the number notes its position in the development of RPAs). The Predator, which was originally designed for surveillance, evolved after 2002 into a “Hunt and Kill” weapon. The Reaper, on the other hand, was engineered to be an offensive strike unmanned aerial vehicle. In terms of performance, the Reaper, which is about twice as fast as the Predator, also has a much larger range: 1,150 miles compared to the Predator’s range of 770 miles. 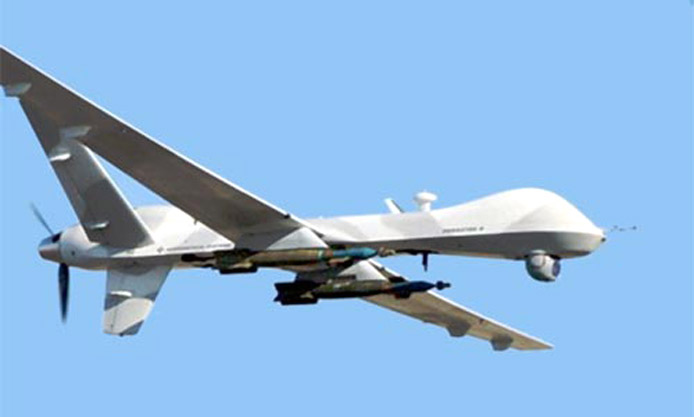 MQ-9 Reaper originated in 2001 as a way to transform the MQ-1 Predator into a primarily offensive weapon. In 2007, the Reaper achieved its first kill when it fired on insurgents in Afghanistan. To operate, the Reaper requires a crew of two: a pilot to navigate the ship; and a crewmember to operate the sensors and weapons system. Nearly twice as powerful as the Predator, the Reaper cruises at about 230 mph and has a range of 1,150 miles. The Reaper also has seven weapon stations as opposed to the Predator’s two. The powerful surveillance equipment includes thermographic sensors able to map terrain and an onboard camera purportedly capable of reading a license place from two miles away. 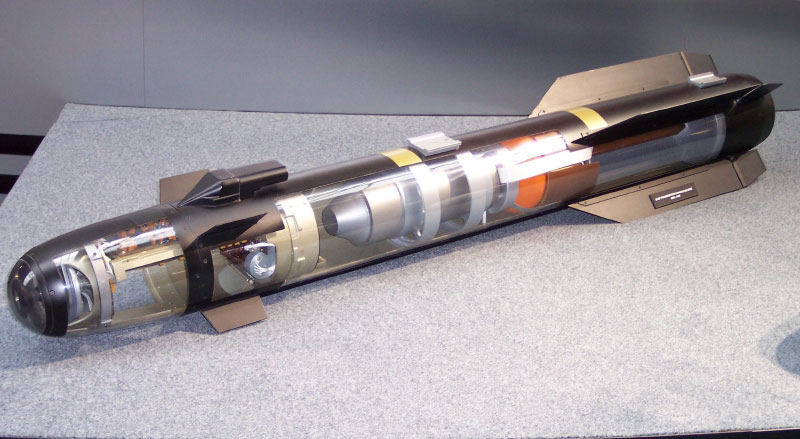 Hellfire missiles are air-to-surface missiles (ASM) often fired from military drones. Hellfires, which were originally called the Helicopter Launched, Fire and Forget Missile, were developed in 1974 as tank busters. In 2000, the US Air Force initiated tests to launch a Hellfire missile from a Predator drone. In addition to the technical challenges created by using a drone, these tests faced a legal hurdle. Many politicians questioned whether the 1987 Intermediate-range Nuclear Forces (INF) treaty with the USSR banned the deployment of missiles from drones. Nevertheless, in 2001, the Air Force launched the first successful Hellfire missile from a Predator drone. Today a Reaper drone can carry more than four Hellfire missiles. Hellfires have a semi-active laser homing guidance system and a casualty radius of about 60 feet (so that anyone within 60 feet of its point of impact would risk death or serious injury).

GBU-12 is the shortened name for the GBU-12 Paveway II, a laser guided bomb produced by Lockheed Martin and Raytheon. Along with Hellfire missiles, GBU-12s are used to arm Reaper drones.