The real woman behind the hero of DENIAL

Mick Jackson’s DENIALdramatizes thegroundbreaking trial in which American historian Deborah E. Lipstadt (Rachel Weisz) defends herself against a libel suit brought by Holocaust denier David Irving (Timothy Spall) in 1996. When friends and colleagues advised her to avoid court, especially since British libel laws are heavily weighted against the defendant, Lipstadt refused to back down. “If I hadn’t fought, then I would have surely lost,” Lipstadt explains. “It would have become illegal to call the world’s leading Holocaust denier what he is.” Represented by an extraordinary legal team, headed up by solicitor Anthony Julius (Andrew Scott) and barrister Richard Rampton (Tom Wilkinson), Lipstadt put her reputation and livelihood on the line to preserve the undeniable truth of the Holocaust. That trial became “a defining moment” in her life. For Lipstadt, “It didn’t change me or what I had to say. It changed how people listen to me. It gave me a hearing I hadn’t had before.”

The virtues of tenacity, courage, and intelligence that Lipstadt demonstrates in DENIAL are traits she has demonstrated over and over again in her life. Born in 1947 to immigrant parents––her father is from Germany, her mother from Canada––Lipstadt, while not a child of Holocaust survivors, lived in a community for whom that grim history was always present in the loved ones they had lost. Having grown up in New York City and attended Jewish camps and schools,Lipstadt tells Hadassah Magazine, “Judaism was the beat of the drum to which our family marched.” Lipstadt received a B.A. in20th-century American political history from City College of New York, before continuing her education at Brandeis University, receiving her Ph.D. in 1976 in Jewish Studies. After teaching at the University of Washington, where she was instrumental in starting a Jewish Studies program, she moved to the University of California, Los Angeles (UCLA) in 1979 where she published her dissertation, The Zionist Career of Louis Lipsky, 1900-1921. 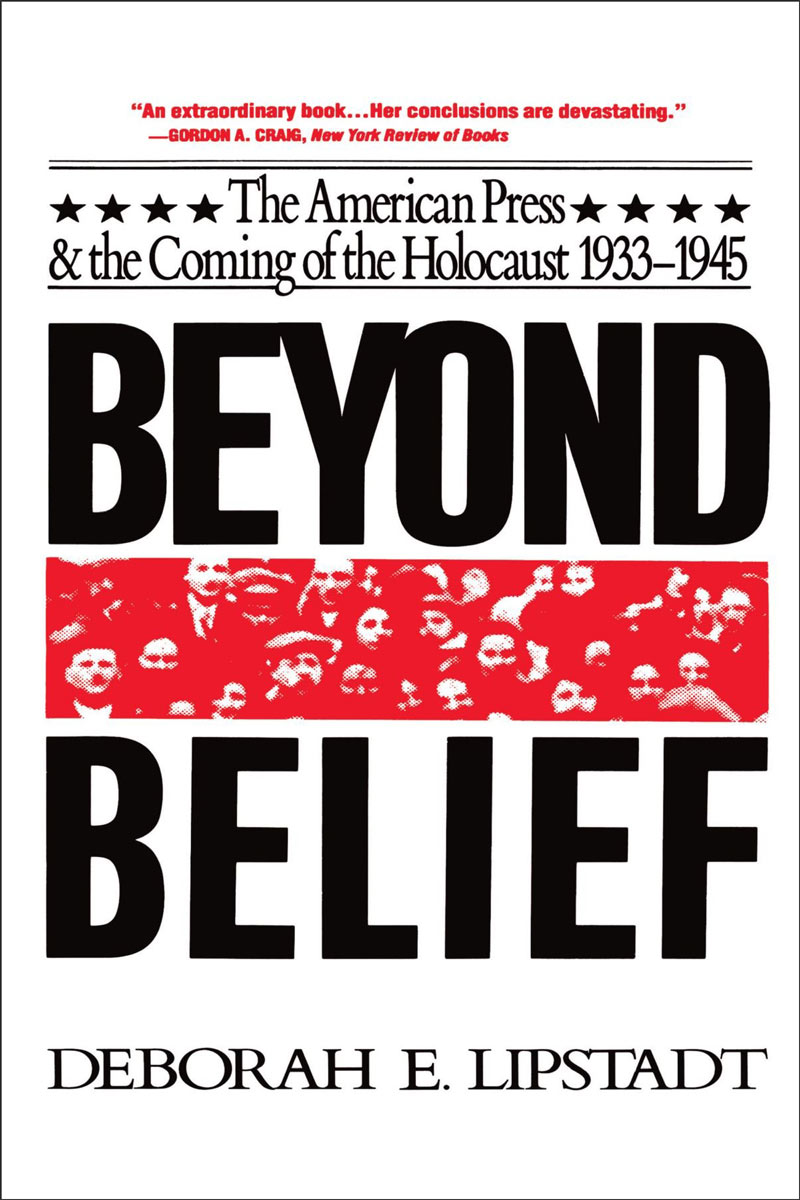 In 1985, after leaving UCLA, Lipstadt pursued a number of intellectual pursuits, from contributing to Susannah Heschel’s anthology, On Being a Jewish Feminist, to penning a column for The Jewish Spectator, to publishing her 1992 history, Beyond Belief: The American Press & the Coming of the Holocaust 1933-1945. In Beyond Belief, Lipstadt investigates how American journalists often downplayed, or even buried, the story of the Holocaust in their reporting during World War II. While the accusation wasn’t new, few had covered this polarizing topic with such reason and scholarly precision. “[Lipstadt] has written a tempered, judicious account of the role of the press in a difficult period and has done it in lucid prose. Given the nature of the subject and the temper of the times, we can be thankful for that,” praised The Los Angeles Times’ review. 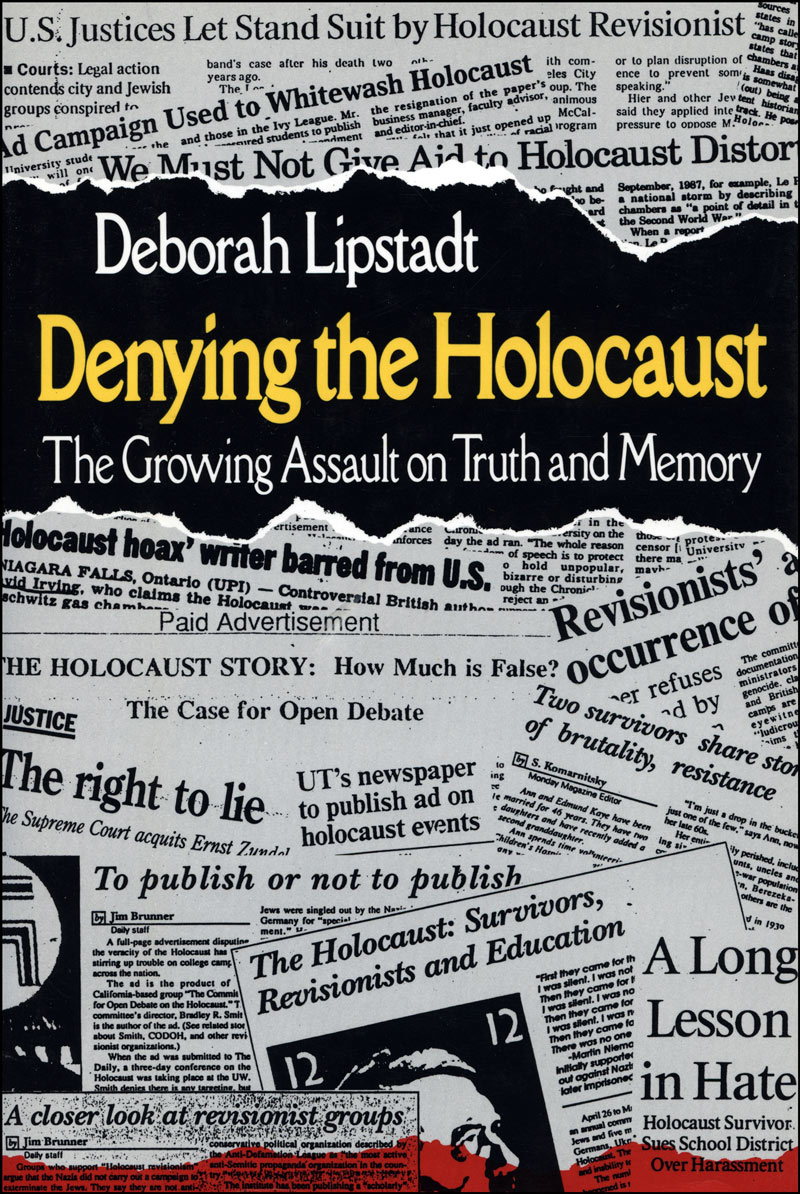 With Lipstadt’s growing knowledge about the Holocaust and its cultural representations, professors Yehuda Bauer and Yisrael Gutman (both from the Hebrew University of Jerusalem) approached her in 1987 to head up a research project on Holocaust denial. At the time, she explains to Hadassah Magazine, she considered such a historical study the “equivalent of the flat-earth theory.” How could anyone deny such a reality? But after years of research, Lipstadt revealed in her 1993 book, Denying The Holocaust: The Growing Assault on Truth and Memory, a complex web of anti-Semitic and neo-Nazi groups that actively promote doubt about a historical event that nearly every scholar knows to be true. For The New York Times, Lipstadt’s “important and impassioned book…illuminates with skill and clarity, not only the peculiarly disturbing world of the Holocaust deniers but also the methods they have used to distort history, the motives that have driven them to do so and the vulnerabilities in our educational systems, our culture and ourselves that have made so many in our society ready to listen to them.”

For Lipstadt, the success of that book changed her life in more ways than she could have imagined. Lipstadt, who’d been hired as an associate professor at Atlanta’s Emory University earlier that year, was made Dorot Professor of Modern Jewish and Holocaust Studies soon after Denying the Holocaust’s publication. In 1994, the book was given the National Jewish Book Honor Award and President Bill Clinton appointed Lipstadt to the United States Holocaust Memorial Council. Perhaps the success of the book is best gauged by how vehemently Lipstadt and her book became the target of those she indicted. In 1996, Holocaust denier David Irving, hoping to leverage the English courts’ bias for plaintiffs, sued Lipstadt and her British publisher, Penguin Books, for libel in London. After years of preparation, the trial took place in January 2001, and by April, the High Court handed down a decision that proclaimed that Irving “is an active Holocaust denier; that he is anti-Semitic and racist, and that he associates with right-wing extremists who promote neo-Nazism…It follows that there must be judgment for the Defendants.” But the case was greeted as more than just a personal triumph and vindication for Lipstadt. The Daily Telegraph exclaims, “The Irving case has done for the new century what the Nuremberg tribunals or the Eichmann trial did for earlier generations."

In 2006, Lipstadt turned the personal and painful experience of that trial into a profound exploration of the need for historical truth in History on Trial: My Day in Court with a Holocaust Denier––recently reissued as Denial: Holocaust History on Trial. Writing about the trial and the multiple issues of truth, history, the Holocaust, and injustice that it raised, Lipstadt fashions a fascinating story that is both personal and thought provoking. “Lipstadt gives a detailed account of the trial that never loses its suspense, readability or momentum. Or humor,” comments Salon. This remarkable tale became the basis for the film DENIAL. 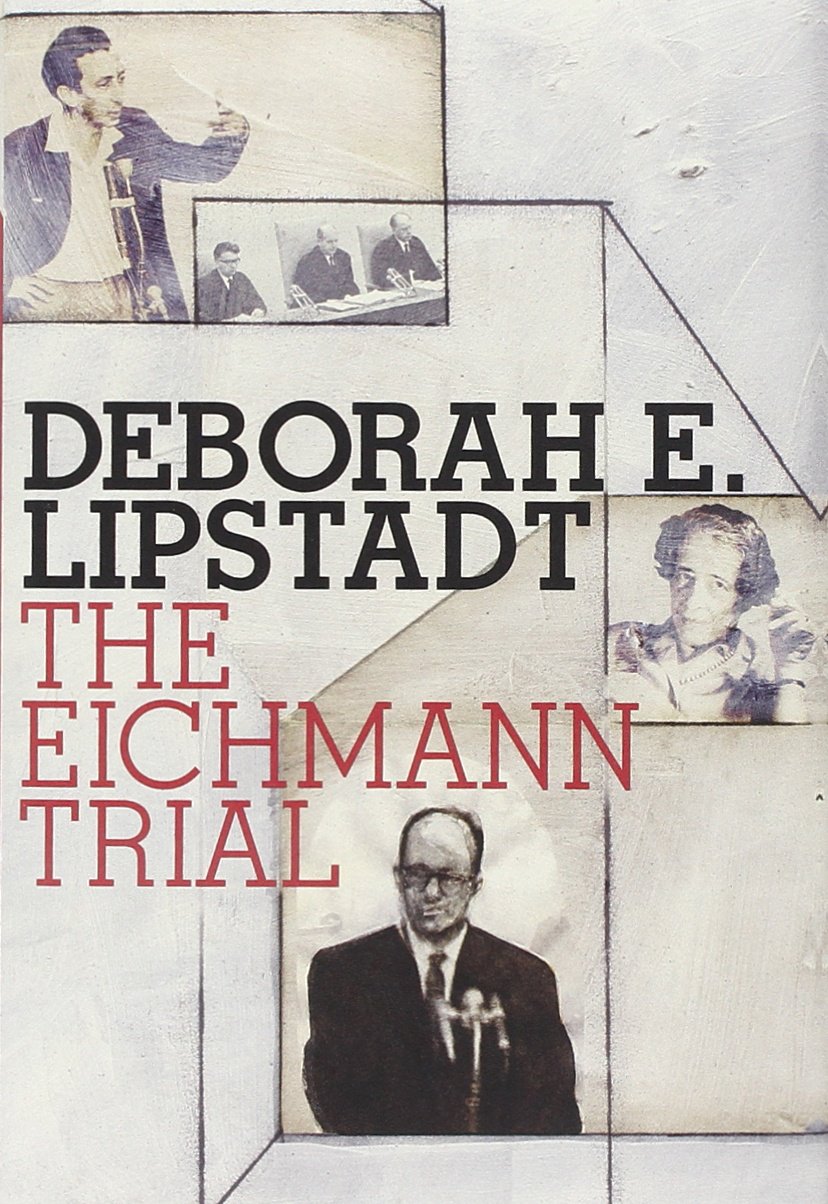 Even as she was making history herself, Lipstadt remained a historian, scholar, and teacher. She received the Emory Williams teaching award, an honor that Emory University bestows “in recognition of a record of excellence in teaching.” In 2011, she publishedThe Eichmann Trial (as part of the Jewish Encounters Series), a revisiting of the famous 1961 tribunal against Nazi leader Adolf Eichmann. The New York Times commends Lipstadt for having “done a great service by… recovering the event as a gripping legal drama, as well as a hinge moment in Israel’s history and in the world’s delayed awakening to the magnitude of the Holocaust.” The book became a 2012 National Jewish Book Award Finalist. Her newest book, Holocaust: An American Understanding, continues her profound exploration of how the Holocaust informs the American psyche, especially in the way that it has became a filter through which Americans have come to comprehend traumatic events in their own history.