In CAPTAIN FANTASTIC, Ben Cash (Viggo Mortensen) raises his six kids in the wilds of the Pacific Northwest. Far from public schools, Cash has created an exacting and exhilarating curriculum that aims not simply to educate them, but to teach them to become virtuous and open-minded citizens of the world. Academically, the kids engage in a rigorous regime of reading literary, historical, philosophical and scientific classics, as well as learning multiple foreign languages and musical instruments. Physically, they train daily in a way that would put most urban cross fitness classes to shame. In addition to books, the family learns from nature, cultivating the skills of farming, hunting, fishing, and constructing teepees, and a range of other practical disciplines. In preparing for the film, writer/director Matt Ross attempted to reorient his young cast by providing them reading lists and exercises in wilderness training. On the syllabus of suggested books is James W. Loewen’s 1996 American Book Award winner, Lies My Teacher Told Me: Everything Your American History Textbook Got Wrong, a searing indictment of what is left out of most public education. It captures the spirit of independent thinking that led Ben Cash to want to homeschool his own family.

A Short History Of Homeschooling

In the history of education, public schools, and more importantly, compulsory education, are fairly recent trends. While there were public schools in America as early as the 1600s, there were very few organized educational systems. By the 19th century, Horace Mann introduced the idea of common schools, a pedagogical concept that sought to provide the same content and educational structure for all students. By the start of the 20th century, progressive politicians pushed legislation to provide for compulsory education. Partially in response to children going uneducated because they were being forced to work either in farms or factories, compulsory education sought to insure that all children, regardless of their economic background, had the same opportunity. By 1918, every state in the union had legislated compulsory attendance in elementary school. By the mid 20th century, most school systems widened their mandate to provide high school education as well. In 1940, it was estimated that nearly 50% of young adults earned a high school diploma, a huge rise from only decades before.

In the 1960s, after the stifling social and political conformity of the decade before, many educators started to question the cookie-cutter curriculum of many school systems. Were elementary schools actually awakening a young child’s imagination or forcing him or her to conform to a series of tests and rote learning exercises? Some questioned what was being taught, while others critiqued the very manner in which education was being conducted. Should schools even exist? Would it better to break down the walls and allow children to experience the world first hand? 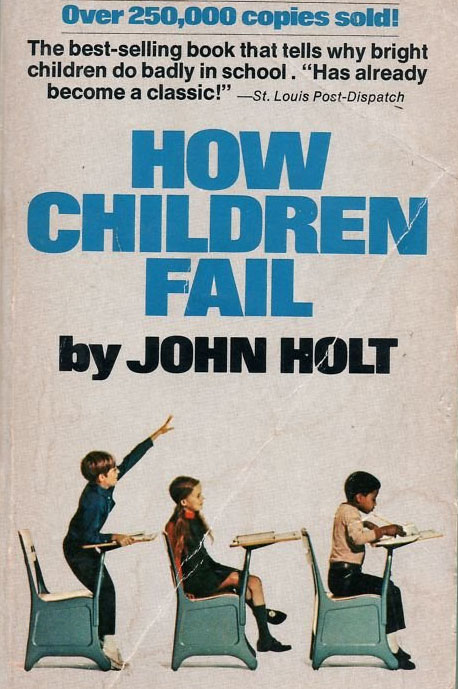 Such dissatisfaction found a voice with the publication of John Holt’s seminal homeschooling text How Children Fail. A teacher himself, Holt argued that classrooms, rather than providing laboratories of intellectual investigation, teach children simply how to get better grades. “They fail because they are afraid, bored, and confused”, he wrote. The “alternative — I can see no other — is to have schools and classrooms in which each child in his own way can satisfy his curiosity, develop his abilities and talents, pursue his interests, and from the adults and older children around him get a glimpse of the great variety and richness of life.” At the time, The New York Times praised the book as ''possibly the most penetrating, and probably the most eloquent, book on education to be published in recent years.'' Over the next two decades, Holt evolved his thesis, eventually pushing for abolishing compulsory education altogether. In a 1969 Saturday Evening Post article, “School is Bad for Children,” Holt wrote “It is a rare child who can come through his schooling with much left of his curiosity, his independence or his sense of his own dignity, competence and worth.” By 1977, his periodical “Growing Without Schooling” became the unofficial handbook for the emerging unschooling or homeschooling movement.

If Holt spoke to the anti-establishment instincts of a post-sixties generation, another proponent of homeschooling, Raymond Moore, ignited the movement for Christian families. In his 1972 Harper’s magazine article, “The Dangers of Early Schooling,” educator and Seventh-Day Adventist Moore added a religious tone to Holt’s homeschooling theories. By 1980, Moore had become so embraced by the Christian right that that the Focus on the Family leader James Dobson proclaimed on his radio show, “I consider Dr. Raymond Moore to be the father of the modern home school movement.” In his social history, Kingdom of Children: Culture and Controversy in the Homeschooling Movement, Mitchell Stevens details the way in the ‘80s and ‘90s the movement veered even more religious and right-leaning, as well as increasingly antagonistic to local school boards. “In 1991, Moore publicly criticized believer leaders for what he called their “Christian exclusivism,” Stevens highlights, a statement that pushed him out of the homeschooling circle of influence. In the last decade, however, the movement has opened up to speak for a range of other families with very different needs. Whether it’s wanting to control the quality of their children’s education or needing a way to protect one’s child from bullying and violence, families have expanded homeschooling into a complex and varied cultural movement.

Today most homeschooling families don’t barricade themselves against the authorities to teach their children on their own. Instead, they follow particular pedagogic strategies that are often packaged for them to meet state and local standards. While the Cash family in CAPTAIN FANTASTIC operates their homeschooling in an extremely independent manner, many aspects of their curriculum match educational approaches adopted by homeschoolers across America.

Laid out by Susan Wise Bauer in her influential book 1999 book, The Well-Trained Mind, Classical Education uses a three-staged approach to allow children to engage with the essential texts of Western culture. In the Grammar Stage, kids learn the basic tools and blocks of learning through memorization. This can be not only acquiring vocabulary, rules of math, or grammar itself, but also memorizing the principles of fundamental texts. The second phase, the Logic Stage, pushes kids to understand the why of things. Finally, the Rhetoric Stage engages students to formulate original ideas. Rather than using secondary books, like textbooks, Classical Education guides its students through the great books, from Homer to Einstein (an approach also used in higher-learning institutions likes St. John’s College). While the Ben Cash method is not exactly a derivative of Classic Education, his insistence on the kids reading writers’ original texts, from George Eliot to Karl Marx, mirrors aspects of the approach, as does the children’s ability to recite verbatim essential documents, like the American Constitution. 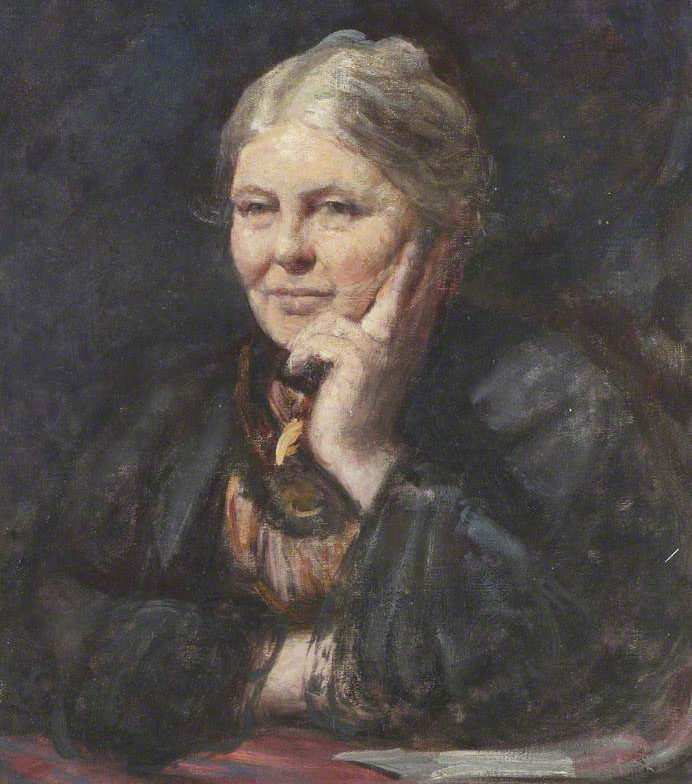 The Charlotte Mason method of learning––named for an influential 19th century British educator––stresses the idea that children learn best by real-life experiences. “Self-education is the only possible education,” Mason wrote, “the rest is mere veneer laid on the surface of a child's nature.” Although the heart of Mason’s course is based on Christian principles, positing the Bible as the primary fount of knowledge, its methods are applicable to more secular approaches as well. Overall it seeks to create the appropriate environment in which a child can naturally learn and flourish. To do this, Mason proposes a three-point strategy involving what she terms: atmosphere, discipline and life. Atmosphere emphasizes the need for creating an encouraging and loving space. This point alone makes its attractive for homeschoolers who prefer the intimacy of one’s house to the formal architecture of public schools. Discipline defines the importance of implanting good habits early on in one’s life. Life reflects her belief that education must be lived, whether through museum trips, nature hikes or real-life work. In CAPTAIN FANTASTIC, various aspects of the Charlotte Mason approach show up both in Cash’s insistence on disciplined thinking and habits and his ability to turn all lived experience into a teaching example. 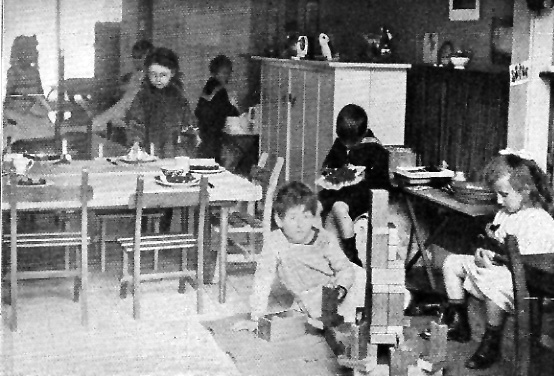 Developed by the 19th Italian physician/educator Maria Montessori, the Montessori methods seeks to allow students to develop in their own way, free from critique or comparison. After a brief popularity in America in 1911, Montessori schools became extremely popular after the 1960s, especially for preschool and kindergarten children. In Montessori schools, classes tend to allow children to explore freely their interests by being able to move without hindrance through the classroom, being given large blocks of time to work on projects, and being asked to help in the running of the school, whether that be preparing food or cleaning up. The method was introduced for homeschooling in 1968 with Elizabeth Hainstock’s Teaching Montessori in the Home: Pre-School Years. While homeschooling often can’t duplicate the socializing aspects of the Montessori approach, the home environment provides a perfect laboratory for children to move and learn in their own way. For the Cashes, the organic way in which work, play and learning flowed naturally from one to next captures the spirit of many Montessori precepts.

Perhaps the most radical approach, John Holt’s unschooling style rejects the very idea of a set curriculum, insisting that teachers should let each child’s curiosity drive his or her education. In What Do I Do on Monday, Holt wrote, “We can see that there is no difference between living and learning, that living is learning, that it is impossible, and misleading, and harmful to think of them as being separate.” In Unschooling, the teacher’s job is to indentify and cultivate the specific interests and talents of each child separately, an approach peculiarly suited to homeschools. This strategy shows up in CAPTAIN FANTASTIC more in how teaching affects Viggo Mortensen’s character than in how he teaches his children. In guiding his family through his own homeschooling approach, Cash is forced to learn about each child on his or her own terms.