The Need for Invention

The Need for Invention

Andy Serkis’ Breathe recounts the true-life story of Robin Cavendish (Andrew Garfield), a promising young man struck down by polio at 28 years old. Paralyzed and unable to breathe without the help of a motorized respirator, Cavendish is condemned to a life of institutional confinement when his doctors place him in a hospital ward with others suffering from similar handicaps. But with love and ingenuity, Cavendish carves out a different future for himself. His wife Diana (Claire Foy) gives him the strength to hope. And his friend Teddy Hall (Hugh Bonneville) provides him the mechanical means to escape his bed when he invents a battery-operated wheelchair with a built-in respirator. “I liken what Robin did to the idea of climbing Mount Everest in your back garden,” Serkis remarks, adding how Robin and Diana’s pioneering spirit paved the way for others who came after him, who were out of hospitals but also on those machines. Hall evolved his prototype, providing different level of access for paralyzed men and women everywhere. Their collaboration is one in a long line of inventions created out of the necessity to aid oneself, one’s loved ones, or to alleviate the immediate suffering of others. Inspired by Cavendish’s example, we spotlight others who found in misfortune the inspiration and opportunity to help others. 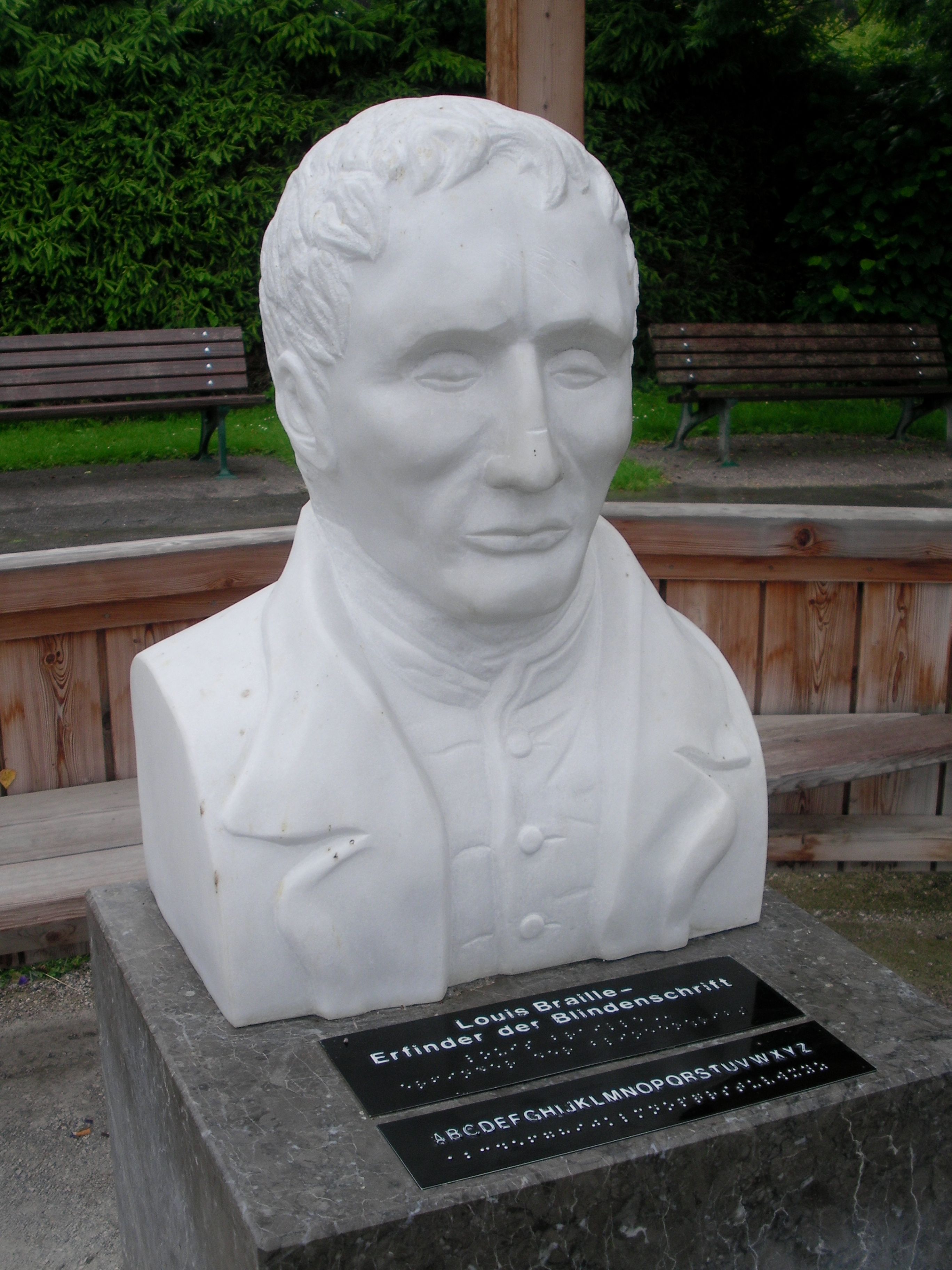 Louis Braille creates an alphabet for the blind

At age three, Louis Braille, the son of a successful leather maker, was playing in his father’s workroom when he accidently blinded one eye with an awl. Things got even worse when an infection in his wounded eye spread, making him completely blind. Initially institutionalized, Braille imagined a better life when in 1821 at the age of 12 he heard a lecture about a method for reading and writing in the dark. An army officer presented to them "Ecriture Nocturne," an invented alphabet that enabled soldiers to communicate without having to give away their location by lighting a match. The young Braille immediately grasped how this system might work for blind people as well. Four years later, Braille had reworked this concept to create a code of raised dots in which each letter could be read by a single touch. In a turn of poetic justice, Braille used an awl—the tool that had blinded him––to create the raised dots of the language which would bear his name. While popular with blind people everywhere, institutions were slow to adopt Braille’s system. But by the end of the 19th century, nearly every European country had made braille the official language for the blind. 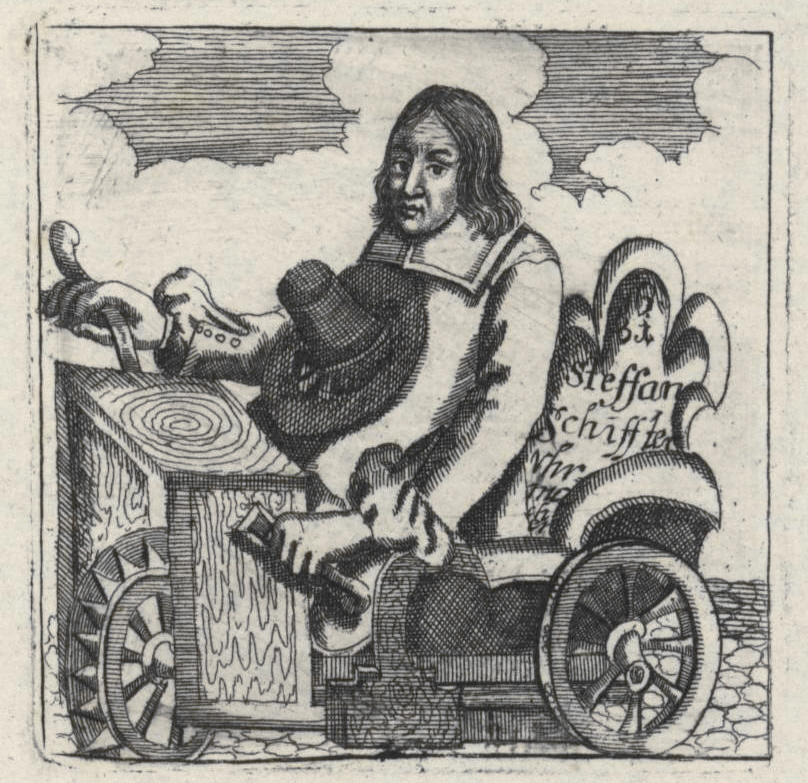 Long before tricycles became the playthings of toddlers, a Nuremberg watchmaker created a three-wheeled apparatus to help him move around. While it is unknown whether Farfflerwas handicapped from birth or had suffered a terrible accident, it is clear he needed a way to move about his home and workshop. At 22, Stephan Farffler turned his knowledge of watch gears and cogwheels towards creating a mobile mechanism that he could propel forward by turning a crank on the front wheel. He built two—the first in 1685 to help him get to church on Sundays, and then three years later, he refined his design to give him more mobility. His device became essential for the development of both the bicycle and the modern wheelchair. 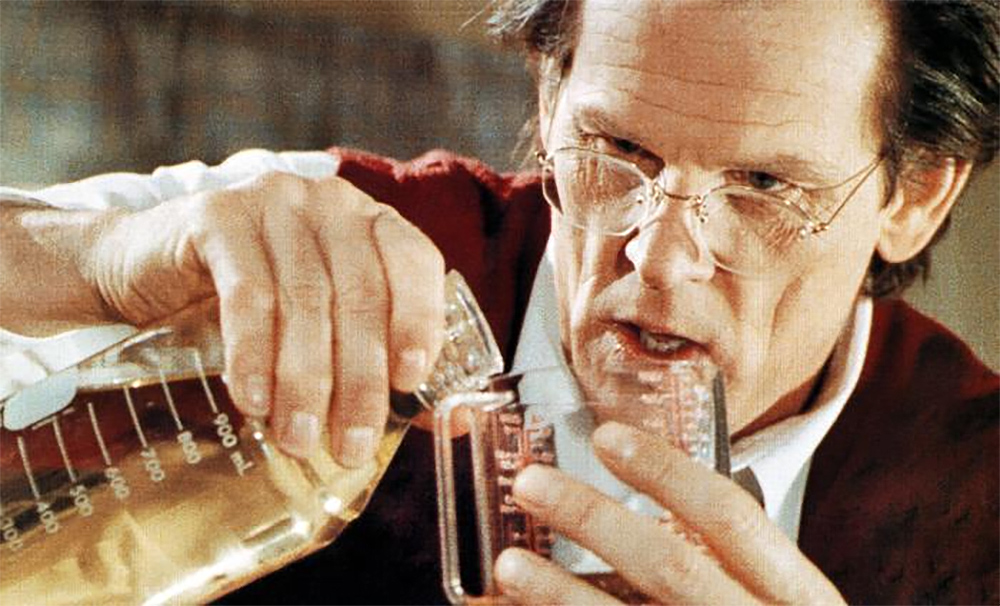 One of the most celebrated stories of a medical breakthrough fueled by necessity was brought to the screen in George Miller’s 1992 film Lorenzo’s Oil starring Susan Sarandon and Nick Nolte. In 1983, World Bank economist Augusto Odone and his wife Michaela Odone had just returned to Washington DC from an extended stay in Africa when they noticed their otherwise bright, energetic son, Lorenzo, starting to slur his speech and bumping into objects. The next year Lorenzo was diagnosed with adrenoleukodystrophy (or ALD), a rare condition in which the fatty substance (called Myelin) that surrounds and protects nerve cells becomes damaged. Doctors told the parents to prepare for the worst, giving the boy only months to live. With no scientific training, Lorenzo’s parents hurled themselves into learning everything they could about the disease and how it might be stopped. Within two years, they had extracted the acids from olive and rapeseed oils to create Lorenzo’s oil, a formula that seems to fight the long-chain fatty acids that destroyed the nervous system. Unfortunately, by this time, Lorenzo was already blind, mute, and paralyzed. But their breakthrough provided some hope for future boys stricken with ALD, as well as kept Lorenzo alive for more the two decades past what doctors predicted. 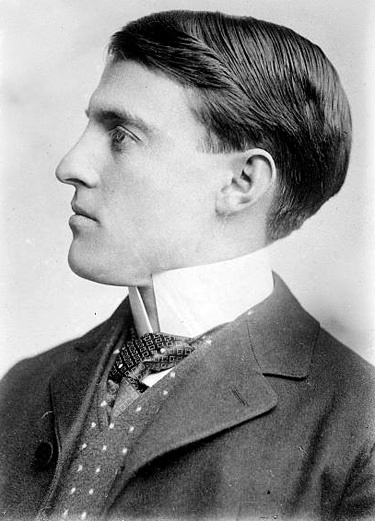 As a child in Alabama, Miller Reese Hutchison often traveled on steamboats with his good friend Lyman Gould, who’d been left deaf and mute as child by scarlet fever. Knowing that his pal could not hear––or enjoy—the steamboat’s whistles inspired the young inventor to help him. He studied engineering at Alabama Polytechnic Institute and attended classes at the Medical College of Alabama to learn about the anatomy of hearing. In 1895, at the age of 19, Hutchison hit on his first big invention, an early electrical hearing aid called the “akouphone.” Gould was one of the first to benefit from his childhood friend’s invention. Hutchison then streamlined his instrument into a more portable device called the Acousticon. Within a few years, he fitted a hearing device for Denmark’s Queen Alexandra and staged promotional events in New York City in which formerly deaf people were provided devices to hear singers from the Metropolitan Opera company. 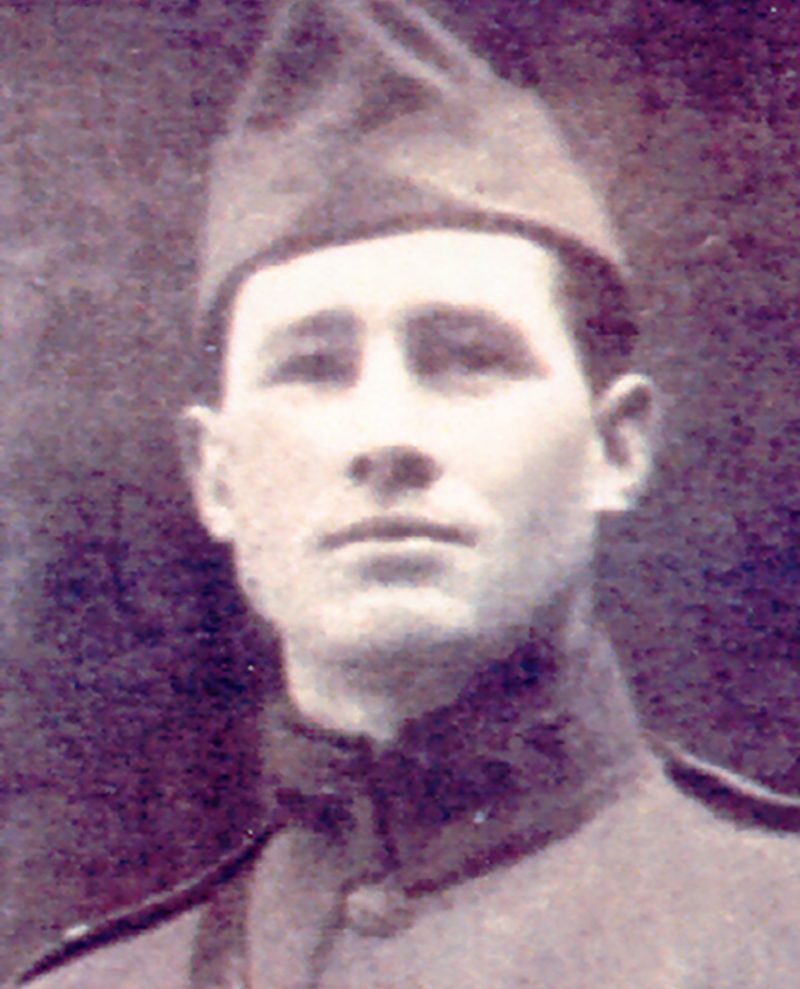 Born in England, Oswald Hope Robertson was raised in California and attended Harvard University where he studied medicine. After getting his medical degree, he pursued research on blood systems and clotting, work that would serve him well when in 1915 he joined the American and British Expeditionary Forces in France during World War I. At the time, doctors doing blood transfusions on the battlefield relied on a patient-to-patient transfer, an operation that could be difficult and dangerous. Seeing firsthand the need for a safer method, Robertson worked with others to create “blood depots,” a proto-blood bank which stored universal, O-positive blood for emergency use. In 1919, his country of birth recognized him with a Distinguished Service Order and was soon setting up blood banks throughout London.

Dr. David Fajgenbaum finds a business model to save his life

While an undergraduate at Georgetown University in 2004, David Fajgenbaum was hit hard by his mother’s death. The star athlete and student found a way to take action to deal with his grief. To connect with others, he formed the bereavement organization, Ailing Mothers and Fathers (AMF, an acronym for his mother’s name), which in recent years has expanded to 23 other campuses. To honor his mother’s legacy, he dedicated his life to becoming a doctor. By a cruel twist of fate, both these actions would prove essential for his own survival when he was hit by a mysterious illness in 2010 during his third-year at medical school. “I didn’t know what it was, but I knew something was terribly wrong,” he told Science Magazine. It took months of examinations and tests before a biopsy sent to the Mayo Clinic confirmed that Fajgenbaum had Castleman disease, a rare immunological disorder that is more often than not fatal. It would take even longer for Fajgenbaum to realize that if he were going to survive he would have to take matters into his own hands. But rather than bury himself in a lab, he turned to a very different model to deal with, as he describes, “the lack of an overarching strategy, very limited collaboration, and inefficient spending slowing down progress towards a cure.” After getting a MBA at Wharton, he established the Castleman Disease Collaborative Network in 2012 using business models to accelerate the research process. Fajgenbaum, who has been in remission for three and half years, is now headquartered at the Hospital of the University of Pennsylvania, just floors above the emergency room he rushed to when he became sick seven years ago. “I didn’t think that I would ever get to leave the hospital, and now here I am, fighting back,” Fajgenbaum tells The New York Times. “It’s the ultimate motivator.”