In I’LL SEE YOU IN MY DREAMS, Carol, played by Blythe Danner encounters an intriguing gentleman of her own generation named Bill. “Bill is in many ways the direct opposite of Carol,” says director Brett Haley. “He has a sense of adventure. He’s really pulling out all the stops, because that’s just how he lives his life. He’s handsome, he’s funny, and he’s extremely charming. I wanted that relationship to have sparks and I think Blythe and Sam Elliott, who plays Bill, really pulled it off.”

The veteran actor was Haley’s first choice for the role. “Sam is the man that men want to be and women want to be with,” he says. “He’s pure, genuine, honest, real people, and the coolest guy around. People may see Sam and think ‘cowboy,’ but he can do romance pretty well. We always had discussed tailoring the role for whoever we cast as Bill, and when Sam came on, that made it very easy.”

Elliott’s mature masculinity impressed more than a few of the younger crew members on the film. “Sam brought a very old school, Rhett Butler kind of romance to the table,” says producer Rebecca Green. “We were all swooning over him. He’s a key element of the film that people of all ages will latch onto.”

The actor, who made his big screen debut in 1969’s Butch Cassidy and the Sundance Kid, and went on to create the legendary character of "The Stranger" in The Big Lebowski, says it was a surprise to be offered this kind of role. “One of the great things about being an actor is you never know what’s going to come around the corner next. I have been doing this for nearly 50 years and didn’t expect a chance to play a romantic leading man again,” says Elliott. “Bill has gotten to a point in his life where he decides to do something he’s always wanted to do. He moves to California and buys himself a boat. He’s a gentleman and he treats everybody right, which I like about him.”

Elliott was won over by director Brett Haley’s intelligence and enthusiasm. “Brett’s got a lot of talent,” says Elliott. “He’s interested in real people and real stories. He seems like a throwback to the old days in Hollywood. Anytime I get an opportunity to work with someone like that, I take it. The script spoke to me immediately. Despite the life-and-death themes, it’s light-hearted and romantic." According to the director, Elliott was an active collaborator on set. “He had lots of great ideas. He was so invested in that character that it blew me away.”

Working with Danner was among the highlights of the actor’s long and storied career. “She’s 100 percent professional,” says Elliott. “I’ve seen a good portion of her body of work, but our paths have never crossed before. I think as actors, we made sense together. Bill is attracted to Carol immediately, but he senses that this isn’t easy for her. At this point in both their lives, it’s not just a physical thing. It’s a lot more than just jumping into bed.”

There’s genuine chemistry between the pair, say the filmmakers, and Danner is quick to agree. “Love scenes are almost always uncomfortable,” she explains. “But this wasn’t at all. As a matter of fact, at one point, we were in bed waiting for the camera setup and I put my leg over his leg. He looked at me as if he were a little shocked and I took it back, but I wasn’t doing anything sexual. It was just kind of cuddly in a natural way.”

Here are a few of our favorite moments in Sam Elliott's career:

Sam Elliott's first film role was in Butch Cassidy and the Sundance Kid, but it was his early television roles in hit series such as Gunsmoke and Mission Impossible (above left) that introduced him to a wider audience. Sam continues to work in television today, recently joining the final season of the modern cowboy drama Justified, and delighting fans with his performance in Parks and Recreation (above right with comedian Nick Offerman). 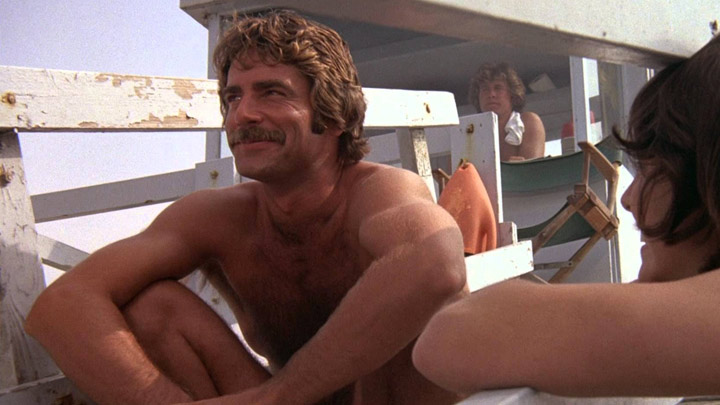 It was Sam Elliott's performance in Lifeguard (1976) that we discovered exactly how incredibly sexy he could be. Although some were critical of the film's marketing campaign, which amusingly fell victim to the style of the 70's, Elliott's performance as an aging lifeguard faced with attending his 15 year high school reunion elevated the film and revealed that Elliott's talents went well beyond mere sex-appeal. 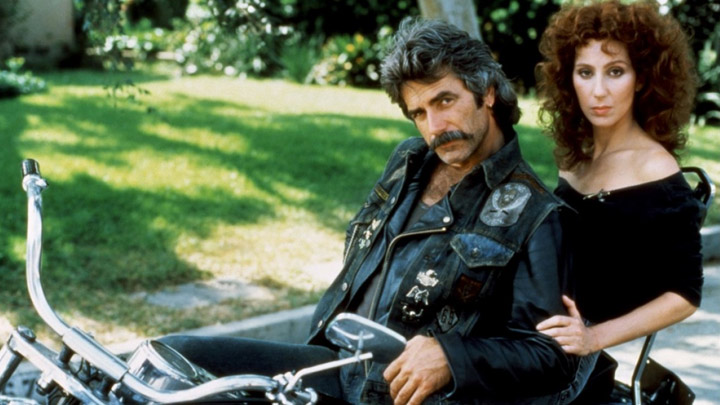 Sam Elliott's understated performance as the kind and sympathetic biker in Mask was successful in its ability to transfer Elliott's Southwestern style and demeanor to a more contemporary character, and the critics took notice. 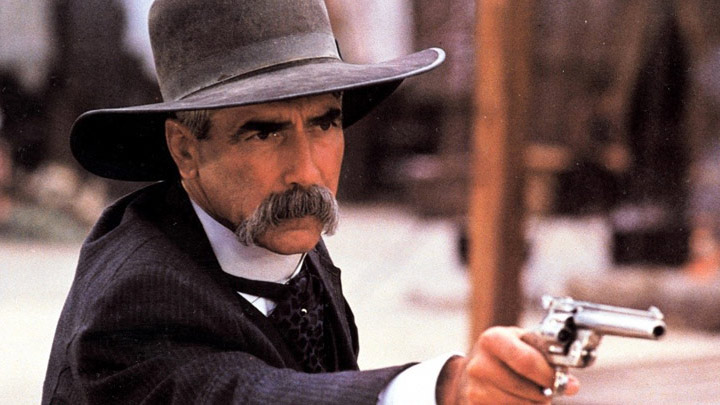 Cast as Virgil Earp, a man so unable to tolerate unlawfulness that he agrees to marshal the town of Tombstone, it could be said that Sam Elliott was returning to his Gunsmoke roots. While fulfilling his earlier career ambitions to perform in Hollywood Westerns, Elliott also seemed to have grown into his own skin. Now older and somehow even more masculine, Elliott was truly suited for the role and delighted fans and critics alike. 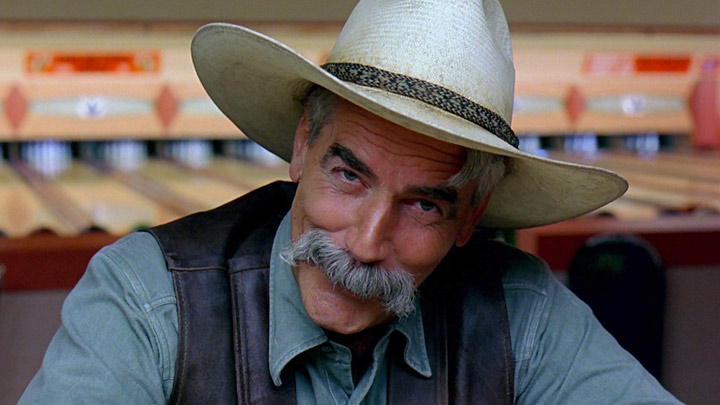 In his role as The Stranger in the Coen Brothers' The Big Lebowski, Elliott once again reinvented himself. Still rugged and masculine, certainly, but here Elliott emerges as a moral compass, serving as Greek chorus, sage, and guardian angel to The Dude. 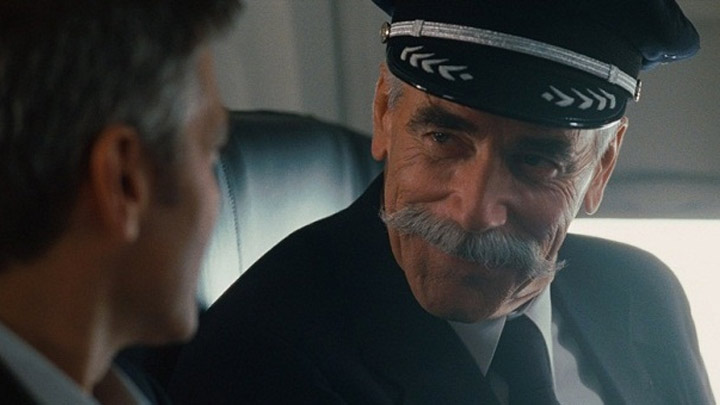 UP IN THE AIR

Fans were delighted when Sam Elliott emerged as the pilot who delivers to George Clooney the "10 Million Mile Club" card in Up in the Air. Elliott's performance once again elevated the character to serve as a meta-statement on the film's themes, every line dripping with sub-text.