One of the most sought-after actors working today

PATERSON | The Poetry Within

In Jim Jarmusch’s new film PATERSON, Adam Driver plays a bus driver, named Paterson, living in Paterson, NJ. The startling coincidence of names, titles, and locations in the film highlights the serendipitous connection between Jarmusch and Driver. For Jarmusch, “Adam isn’t an analytical actor, which I love. He doesn’t like to overthink things, he likes to react, and that’s a lot like Paterson.” Driver opened up to the physicality of the character, learning to drive a bus, walking the dog, and following his character’s daily routine. “He has structured his life to be very much a creature of habit, which allows him to drift away and write poetry, or observe everything around him and be very contemplative,” says Driver. Both director and actor took to heart the mantra of poet William Carlos Williams: “not ideas but in things.” For Jarmusch this means, “you start with the things around you and the details of daily life, and you find beauty and resonance in them—and poetry grows out of that.” For many critics, the heart of PATERSON lays in Driver’s ability to center his character’s sense of wonder and appreciation in his physical being. “It's Driver's performance that keeps the man grounded,” explains Slant’s Jake Cole. “The actor plays him as timid but friendly, not eager to start conversations but perfectly happy to engage in any offered to him.” Driver’s performance also highlights Jarmusch’s unique ability to embody a film’s spirit in a specific actor. “What makes PATERSON so special…is Jarmusch’s choice of Adam Driver as the lead since he perfectly captures the tone and style of delivering the filmmaker’s dialogue, very similar to what Bill Murray brought to Broken Flowers,” comments Den of Geek’s Edward Douglas. Jarmusch, of course, is not the first, nor will he be the last, to employ Driver’s unique presence and expressive style to communicate a multitude of emotions and ideas. In a few short years, Driver has become one of the most imminently recognizable and continually surprising actors of his generation. 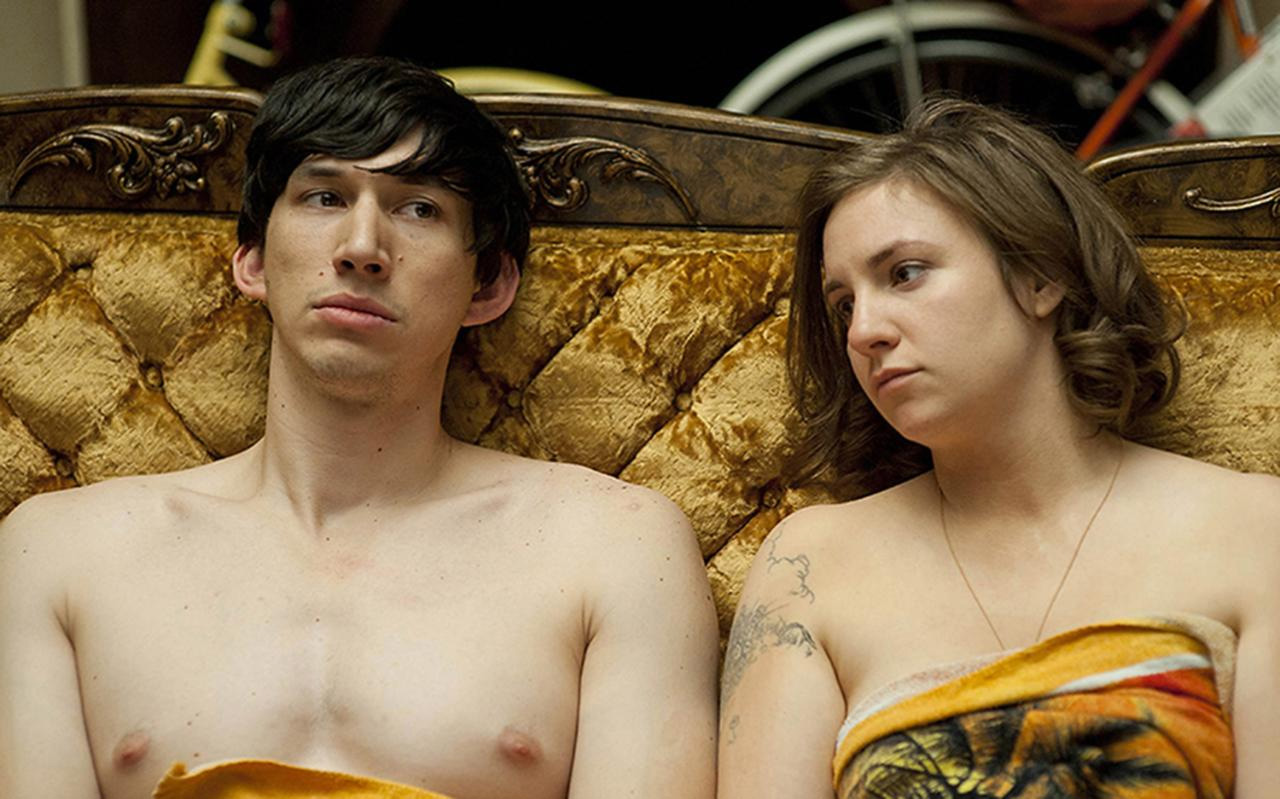 Although Lena Dunham’s HBO comedy series Girls focuses on the lives of four female friends after college, Adam Driver became the boy everyone started talking about. After serving in the United States Marine Corps, Driver attended and graduated from Juilliard with a Bachelor of Fine Arts degree in 2009. While he soon found work in theater and feature films, TV wasn’t really on his radar. But his agent pushed him to try out for one new show for which he thought Driver would be perfect. “I wanted to do theater,” Driver told NPR. “But it was HBO and I had done some things with HBO before and I thought that they were different and the storytelling is always so good…And that's when I met [Girls creator Lena Dunham] and that was kind of it.” Cast as Adam Sackler, Hannah Horvath’s rough-hewn carpenter-turned-actor boyfriend, Driver saw the character as an evolving project. “I love playing Adam,” Driver tells Stylist. “He is a lot of different things: he is a poet, at least in his mind; he fancies himself as an intellectual. He has a strong moral compass about things––whether he’s right or wrong––but he’s also part-Neanderthal.” Year after year, Driver slowly transformed and deepened his character in unexpected ways, moving from being the brutish boyfriend to a man striving to thread his life, career, and passions through his network of friends. Throughout the process, he stayed true to his belief in playing the character as he actually is. "There's such an emphasis on having a character be likable," Driver tells The Guardian. "I don't think it would be helpful if I worried about that. I mean, not everyone's likable." And it was Sackler’s on-again, off-again likability that continued to mesmerize viewers. For Slant’s Mark Lukenbill, “The development of Driver's character…remains the most fascinating part of the series; Adam has grown from an animalistic sexual deviant with a heart of gold into the group's voice of reason—albeit a slightly unhinged one, but it remains to be seen if his outbursts are simply born from frustration or a more serious pathology.” Millions of viewers have tuned in week after week to watch and revel in his journey. For three years running, from 2013 to 2015, he was nominated for an Emmy for Outstanding Supporting Actor in a Comedy Series.

Man and Boy to Look Back in Anger | Staging a Career 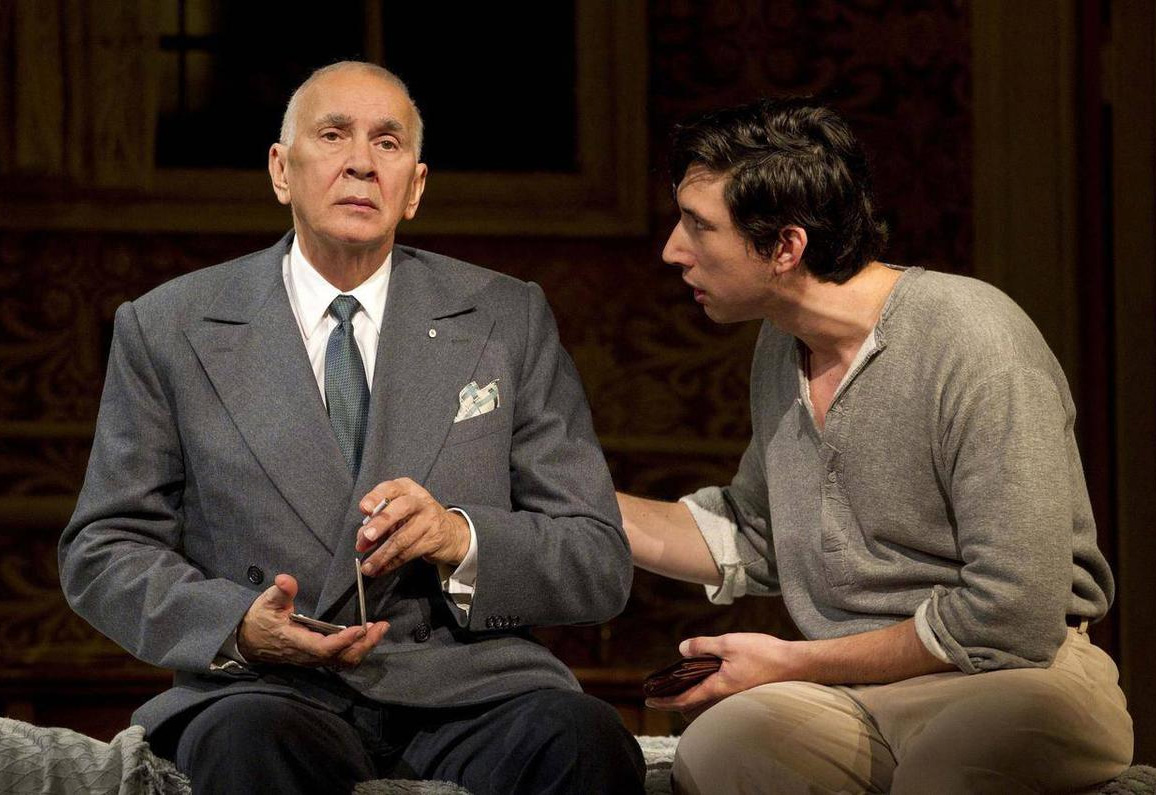 Before getting noticed in TV and film, Adam Driver was getting rave reviews for a series of theatrical revivals, from the 2010 production of George Bernard Shaw’s 1893 play Mrs. Warren’s Profession to the 2011 restaging of Tony Kushner’s 1993 Angels in America. In each production, Driver brings new creative vitality to well-known classics. "He has got this astonishing vulnerability,” Man and Boy director Maria Aitken tells AP writer Mark Kennedy. “That's an unusual thing––to be a sort of a hunk, but to carry complexity and vulnerability." In bringing Terrence Rattigan’s 1963 Man and Boy to life, Driver plays Basil Anthony, the son of a sociopathic business tycoon (played by Frank Langella) who had disavowed his child years ago. In the play, when his father suddenly shows up at Anthony’s shabby downtown apartment, Driver must summon forth all the hate and hope his character has been distilling for years. For The Hollywood Reporter’s David Rooney, “the actor conveys the agony of a self-doubting young man who has spent his life craving the love of an overbearing patriarch, at the same time recoiling from his father’s personal ethos.” After Boy and Man, Driver showed up in a revival of John Osborne's play Look Back in Anger. In the Huffington Post, Mark Kennedy notes that Driver is the unique actor “who bridges this gap” between two connected literary traditions, that is Rattigan’s emotionally implosive drama and a new generation “of brash young writers, armed with their ready condemnation of the generation before them and socially charged ideas.” As Cliff in Look Back in Anger, Driver plays the amiable third wheel who lives in the same flat as the cruel, volatile Jimmy Porter (Matthew Rhys) and his much abused wife Alison (Sarah Goldberg). In a performance singled out as “superb” by The New Yorker’s John Lahr, Driver highlights Cliff’s tortured role as the emotional buffer for the tangible violence erupting on stage. As an actor in a revival play, he also makes real for a modern audience the suffocating hothouse anger of 1950s England.

While We’re Young | A New Generation 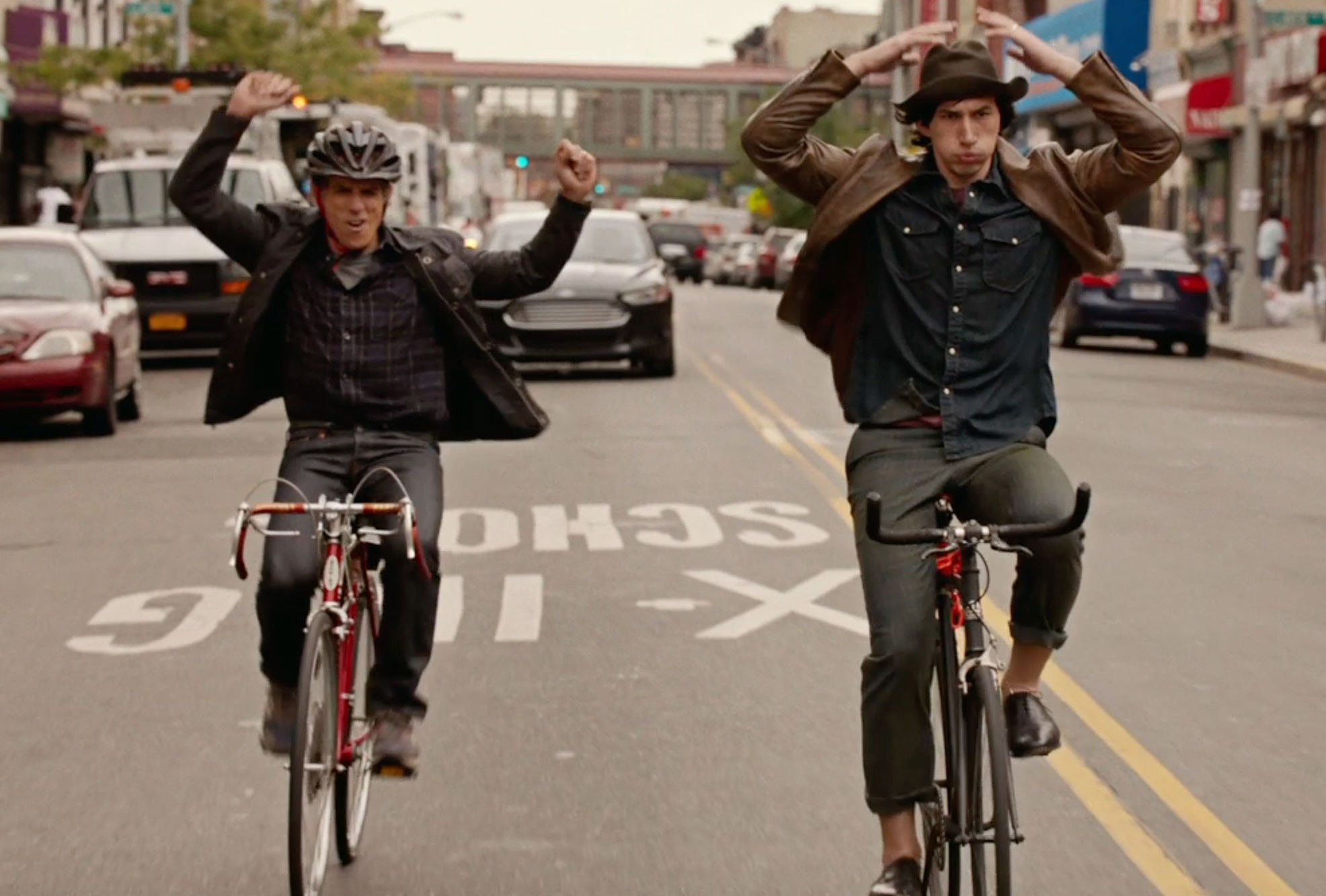 Adam Driver’s unique presence and intense intimacy makes him an actor many top directors tap to round out a cast. In Steven Spielberg’s 2012 epic Lincoln, for example, Driver plays a memorable part as a telegraph operator who shares a reflective moment with the war-weary president. In the Coen Brothers’ Sixties, folk music yarn, Inside Llewyn Davis, Driver was cast (long before he appeared on Girls) to play a goofy baritone who is part of a successful trio. For Driver, the experience was, as he later told Indiewire, “surreal to be recording in a studio and looking to your left and there’s Justin Timberlake and T-Bone Burnett and Oscar [Isaac] and the Coen Brothers.” But his performance would be equally memorable to critics, like The Guardian’s Peter Bradshaw, who describes how Llewyn Davis (Isaac) “strikes up a quick friendship with another would-be folk star, Al Cody, gloriously played by Adam Driver, whose booming single notes during the ‘Hey Mr. President’ recording session make that scene such comedy gold.” Perhaps his most significant supporting part came as the young protégé to Ben Stiller’s character, Josh Schrebnick, in Noah Baumbach’s 2014 While We’re Young. In this comedy of intergenerational manners, documentary filmmaker Schrebnick finds his life turned inside out when he tries to relate to––and then compete with––the hipster post-ironic exuberance of Jamie Massey (Driver) and his wife, Darby (Amanda Seyfried). While Driver for the most part serves as a comic foil to Stiller’s gen-x mid-life crisis, many critics singled out his acting. “If there’s a standout performance in While We’re Young, it belongs to Driver, who may have been typecast as a freewheeling boho artiste but who nonetheless skillfully conveys his character’s winsome charisma, which becomes exponentially more engulfing as his relationship with Josh grows more complex,” exclaims The Washington Post’s Ann Hornaday. For others, his standout performance as a supporting actor suggested much larger roles to come. Indiewire’s Kevin Jagernauth notes about his part in While We’re Young, “Driver confirms why he’s the next big mega-star and makes it look ridiculously easy and charming.” 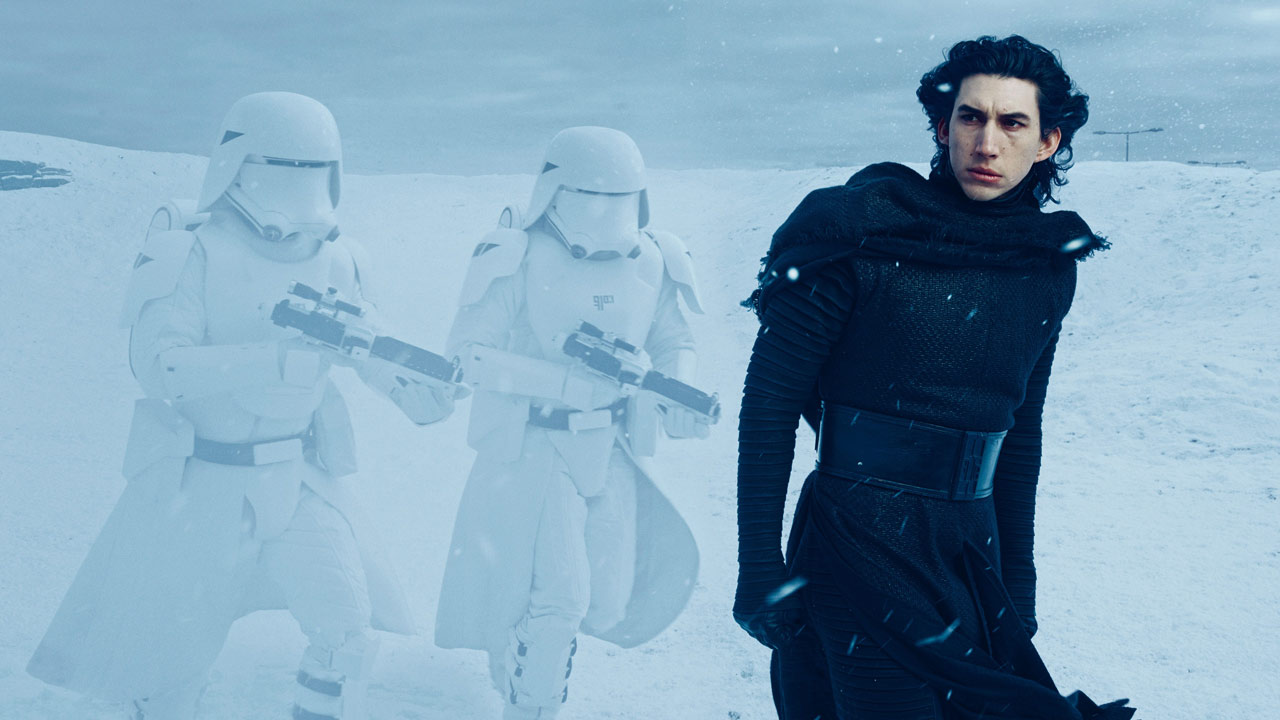 The team behind the 2015 blockbuster, Star Wars: The Force Awakens, officially announced the casting of Adam Driver as Kylo Ren, the new mysterious villain of the Star Wars saga, in a May Vanity Fair photo spread by Annie Leibovitz. For the filmmakers, introducing Kylo Ren (and Adam Driver) as the franchise’s new antagonist had to be handled just right. “Star Wars had the greatest villain in cinema history,” director J.J. Abrams explains. “So, how you bring a new villain into that world is a very tricky thing.” Screenwriter Lawrence Kasdan explains, “I've written four Star Wars movies now, and there's never been a character quite like the one that Adam plays. I think you're going to see something that's brand new to the saga." Abrams, who picked Driver for the part, knew the young actor could bring something special to his creation. “He’s got a kind of wonderful ferocity that was perfect for this character,” Abrams tells Entertainment Weekly. Driver also had the emotional depth to instill in the character a complex inner life. “Long before we had this title, the idea of The Force Awakens was that this would become the evolution of not just a hero, but a villain,” Abrams explains. “And not a villain who was the finished, ready-made villain, but someone who was in process.” In crafting one of the universe’s great antagonists, Driver tried to find the dark passion that drove him. “I never thought of the character as an evil person,” Driver tells Empire Magazine. Seeing him and his forces propelled by something akin to religious fervor, Driver explains, “It makes them dangerous and unpredictable. There’s no level they won’t go to accomplish what they’re after.” When the film was released, both The Force Awakensand Driver’s Kylo Ren proved a triumph. The Telegraph’s Robbie Collins explained, “To describe Kylo Ren as this film’s Vader would be accurate in a sense (black cloak, polished headgear, husky voice). But it would also be to undersell the deep ingenuity with which this astonishing character has been crafted by Abrams, Kasdan and Arndt, and also the wells of emotional tumult Driver invests in him.” The next year, MTV Movie Awards crowned him “Best Villain” for his performance.