In a People.com Exclusive, Bleecker Street has released the official trailer and poster for THE LAST WORD, starring Shirley MacLaine and Amanda Seyfried, which will premiere at the 2017 Sundance Film Festival.

In THE LAST WORD, Shirley MacLaine is Harriet Lauler, a once successful businesswoman in tight control of every aspect of her life. As she reflects upon her accomplishment, she's suddenly inspired to engage a young local writer, Anne Sherman (Amanda Seyfried), to pen her life's story. When the initial result doesn’t meet Harriet's high expectations, she sets out to reshape the way she is remembered, with Anne dragged along as an unwilling accomplice. As the journey unfolds, the two women develop a unique bond which alters not only Harriet’s legacy, but also Anne’s future.

Visit People.com to watch the trailer » 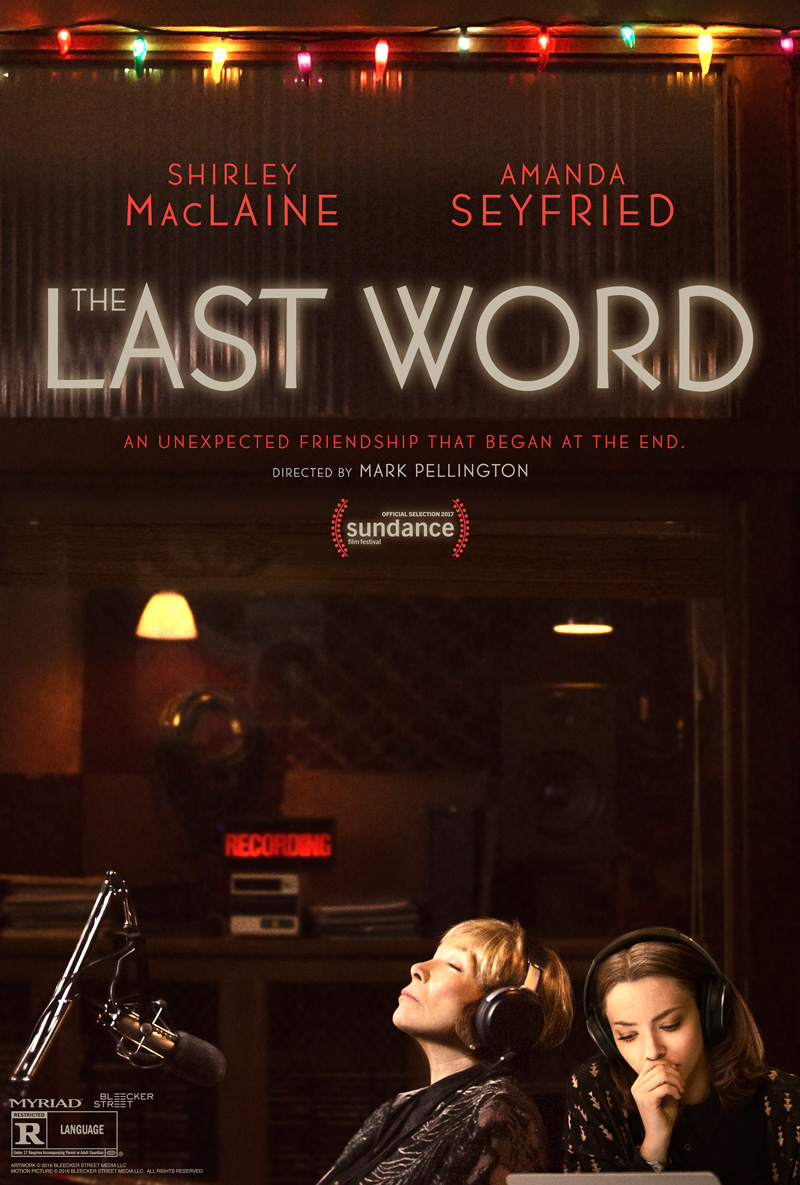